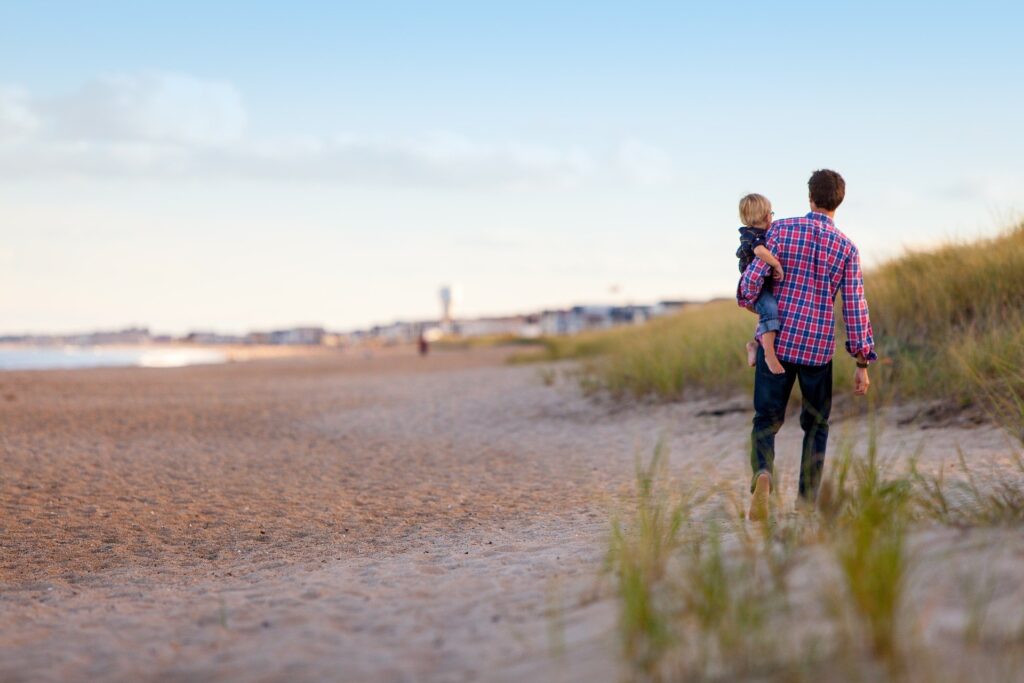 I recently uncovered some fascinating research around the way COVID-19 and the restrictions that came with it have affected relationships between fathers and their children. Report number 4 from the Families in Australia Survey: Life During COVID-19 indicated that during the various lockdowns across the country and the need for many parents to work from home, families began to spend time together in different ways. In short, since the outbreak of the pandemic, dads are spending more time with their kids than ever before:

The results from the survey also showed that dads valued being able to spend more time with their family, despite the uncertainty around the pandemic. So we need to think about what “gets in the way” – what is holding dads back from doing this normally?

Rough-and-tumble: what’s all that really about, anyway?

Research has shown that both mums and dads play a unique role in the development of a child. Where mums tend to lean naturally towards verbal learning activities like reading stories, typically, fathers are more physical and tactile with their kids when it comes to play: play-fighting, tickling, building sandcastles, or a game of footy in the yard. In their relationship research, The Gottman Institute discovered that through their high-energy styles of play, dads are fostering independence and a sense of adventure in their kids. And it’s impactful: the study found that “positive play can predict/effect how well a child will be viewed by other kids, and how well they will be accepted by their peers in school”.

However, it’s important to challenge these preconceived notions of the role of dads where we can. That of dads being solely responsible for “rough-and-tumble” in a family unit is not only inaccurate; it also contradicts the findings of the COVID survey. What’s more, we know that same-sex parent partnerships are able to provide a holistic childhood experience just as successfully as male-female couples.

Dads want to be involved in all areas of their children’s development, and, indeed, have proven that they can be. Being sensitive to any nuances around results of research also enables us to ask ourselves what happens when the opposite is true: when dads are responsible for the verbal activities and mums for the play-fighting, what might be possible, and what might it allow for?

There’s an argument for saying that dads have been represented unfairly in traditional parent portrayals. Until relatively recently in the media, for example, dads were held up as incompetent – bumbling, useless, over-protective fools that couldn’t find their way out of a ridiculous, disaster-prone situation until cool, calm and collected mum showed up. Gottman points out that going back further to the 1950s, 60s and 70s, fathers “were often seen as cold, strict, punitive, authoritarian, dangerous and often violent”.

There has also been a disproportionate level of emphasis on the role of women after the birth of a new baby. Not only is mum more likely to be hands-on with the baby in those crucial first few weeks, but those who surround her are often women too: aunts, grandmas, female friends all step in to support the new mum.

Thankfully, the role of dad in today’s society is emerging as more flexible. More and more, we’re finding that dad is not always the primary breadwinner – he may even work from home or be a stay-at-home dad.

Just like a leader can wear a range of slightly different “hats”, such as coach, mentor, or manager, Support for Fathers has identified 7 roles the modern-day dad typically adopts:

What does this mean at home and at work?

Dads are a “hard-to-reach” audience. At a moment as life-changing as becoming a parent, focus can often be placed disproportionately on the new mother, which can be detrimental to a father’s mental health. The ability to recognise dads in the workplace and their need to be present in their home lives is a strength for an organisation.

Take a moment to think about the dads you work with. If you’re a leader with direct reports who are dads, have you seen changes in their behaviour since they became a parent? Do they seem tired, or less engaged? In his “Fathers Reaching Out” report, Mark Richards (2020) describes how society needs to shift towards recognising the different needs mothers and fathers have in new parenting situations. Some ways in which leaders can achieve this include:

What’s more, regardless of whether you’re a mum or a dad, better understanding the role you or your partner plays in the development of your child will ultimately strengthen your co-parenting relationship. As the Gottman research puts it; “Children aren’t the only ones who benefit from active, involved fathers. Women are happier with their relationships and their own parenting when dads are involved, warm and emotionally available to their kids”.

Is it time to make this count?

We’ve seen here that working dads contribute widely to our society, but often, their needs require a little more tapping into before they feel truly understood.  If you’re a leader with dads on your team, I encourage you to have a think about some of the ways you can help them to feel more valued.

At The Intime Collective, our passion is helping employees feel better connected at home and in the workplace. Our corporate workshops are centred around the direct link between contentment at home and success in the workplace, and our flagship workshop, Better Together, was born out of a need to better support working parents. If this sounds like something that your team could benefit from, why not schedule a time to have a chat? 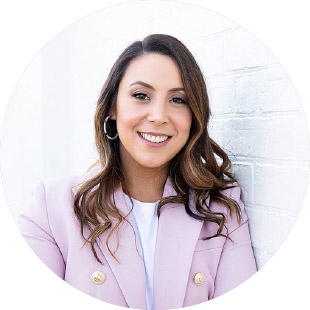 Is it Time To Take Your Partner on a Strength Date? 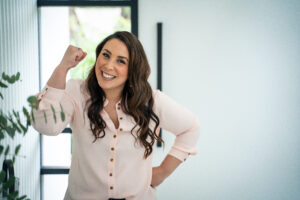 Caught in a trap….I can’t walk out… 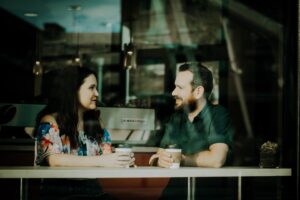 Three ways to enhance communication in your relationships

Sign-up to our email list to receive your copy of our Masterclass Program Brochure.
Get inspired and learn about the topics covered in our Masterclasses, as well as the meaningful methods we use to build strong relationships at work and home.