That friend – whose comment strengthened a marriage after kids! 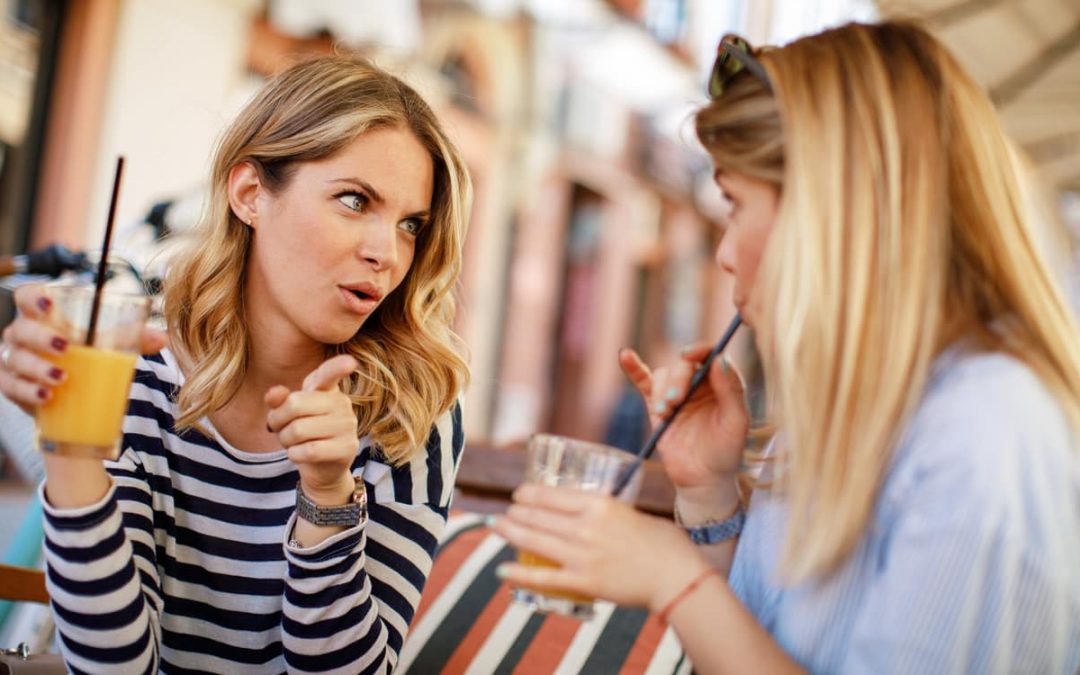 Sometimes their words sting. But what we need to do is cut through our emotions and examine where it is coming from and what to do with the comment. If it’s coming from a place of love and positive intent, then we owe it to ourselves to examine the truth and actively choose to make some positive changes as a result. Katja, as a new mum with two children under three, decided to do just that. Here is her story.

Marriage, kids and a ‘tired’ relationship – the all too common story

Katja met Sam when she was a young 22-year-old. They married at 30 and started their beautiful family when Katja was 32. Living on the outskirts of Melbourne’s CBD in the west, up until this point, Katja held a corporate role and was loving life. Sam and Katja enjoyed a rich relationship, had all the time in the world to focus on their relationship which included a healthy sex life.

When their two children were born, three years apart, their relationship changed somewhat. Katja was a stay at home Mum, Sam serving his successful corporate career. Living close to the city, Sam would make it home in the evenings at a reasonable time, enjoying their young growing family.

Katja, on the other hand, had her hands full running the household, dealing with a lack of sleep and caring for their children. ‘When our kids were very young, I felt two under three years old was very hard. Our relationship had it’s ups and downs the whole way through, but I knew we both really cared for the kids and that our relationship would get back on track down the line’, says Katja in reflection. ‘In the first two years, I was permanently in activewear and tracky pants daily, sometimes even barely making time to wash my hair.’

The comment’ and how she chose to use it.

According to Katja, life would have continued this way, but for the comment of one girlfriend. ‘She told me I looked a bit scruffy. She told me I need to make more of an effort with the way I was around the house as Sam, in his corporate job, was surrounded with beautiful women all day and he was coming home to a wife in tracksuit pants with unwashed hair’.

This comment initially shocked and upset Katja. After all, running a household while caring for young children is no walk in the park. But breaking through her emotions, Katja realised that if she didn’t look after and love herself, she wouldn’t be the best version of herself for her and her family to enjoy.

So, Katja ripped off her trackies, changed her mindset and focused on making some changes. Caring less about the housework and more about self-care, Katja made the effort to wear something different every now and then. She increased exercise, embraced activities which gave her energy to pursue her own passions. Being a social rager, Katja pursued her own interests rather than sitting on the couch watching sports with Sam in the evening. A glass or two of wine with a friend after the kids were tucked in bed saw her coming home refreshed and up for some fun in the bedroom. She got out of the house more often, creating a family ritual to meet Sam for a family pizza dinner in the city once a month. Katja felt more connected and in love with herself and as a result more connected with her husband. Sam also noticed the changes in Katja which made her feel incredibly sexy and loved.

During this phase of their relationship, Katja says she was responsible for instigating sex. Reconnecting with each other and making the effort to work on their relationship has been important for their long-lasting relationship.
Looking back now, with a twelve and nine-year-old, Katja is grateful that her friend spoke frankly with her, choosing to believe it was said with positive intent. This comment created a turning point in Katja’s journey of self-care and empowerment. Refusing to become a Stepford wife, Katja’s main focus was to look after herself and in doing so, she reaped the benefits of a healthy relationship with herself and her life-long partner. Katja acknowledges that this one comment has meant that she’s the strongest, healthiest and fittest she’s ever been, years down the track in her forties.

Katja believes it is a skill to see through the emotions and analyse the words to make positive changes for your own benefit. Choosing this mindset is one important skill to add to your bag of tricks as a parent where you get bombarded with friendly and occasionally confronting comments.